Down the Garden Path - A Blog from Elizabeth Myhill

It being the 250th edition of Village Voice it started me reminiscing on our life in Belton during the early seventies until the nursery moved to Fritton in 2000.

We bought ‘Tofts’ a bungalow on Station Road South in April 1972 when Belton was a very different place to what it is today! Until the 1960’s the centre of Belton had consisted of smallholders. Growers sent their goods to London via the Railway Station situated between Station Road North and South but after Beeching closed the line that was the end of many of the smallholder’s businesses By 1972 most of the glasshouses had been demolished, the station buildings were derelict, the grass grew and it all looked very neglected.

Barry, born and bred in Yarmouth, had, from an early age, an allotment at the Tar Wash Works off North Gate Street. There the old gardeners taught him how to grow plants. When we moved to ‘Tofts,’ Barry built a small greenhouse and continued with the tradition of growing tomatoes, cucumbers, and chrysanthemums. I can remember the beautiful mop heads he grew for the florists in Yarmouth at Christmas time and we sold tomatoes and cucumbers from the door. In 1974 I grew bedding plants for my own garden but soon the residents began enquiring if we had any for sale.

Traditionally bedding was grown in wooden boxes and sold on the market wrapped in newspapers.

Again times were changing we found we could grow them in cell trays and the plants roots could be planted without them being disturbed and ripped apart in the planting thereof. We displayed out plants in the front garden and drive and found that people when visiting the post office and the institute would often wander over and buy them.

In 1976 Barry with the help of his brother built a large polytunnel in the back garden enabling us to grow more for the people on the new housing estates. We then had to apply for planning permission in order to continue which was a worrying time.

The Parish Council, were very supportive and Councillor George Johnson a Borough Councillor who lived in the village fought our case saying ‘we do things differently in the villages’ when some others on the borough council were against. However, we got the necessary planning so all was well. We took courses in horticulture, joined a group of business owners, visited other nurseries, garden centres, etc. to gain the experience and qualifications that we have today. 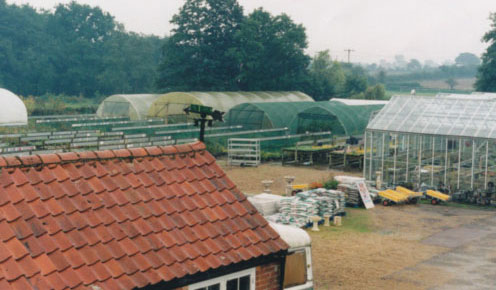 In 1987 (the year of the Great Storm) we moved next door but one to ‘Waveney House’ which is a house having approximately 1.5 acres of land. In August we moved our polytunnel across the dyke with the help of friends and neighbours’ up the loke between the house and the cottage out into the road and back down into the land at the side of the house.

We moved like a giant caterpillar with much laughter, shouting and too many bosses but we made it only to meet disaster when the Great Storm two months later ripped it apart, some of it ending in the grounds of the rectory! However, we survived and continued to serve the village until we moved to Fritton in 2000 but that is yet another story. Best Wishes for Christmas, stay safe and have a Peaceful New Year.

Down the Garden Path Blog Archive 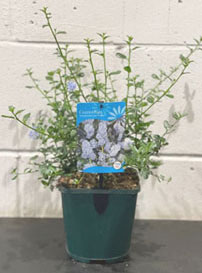 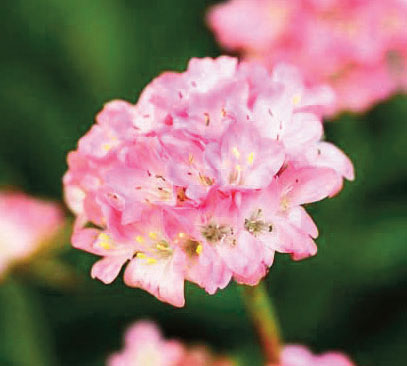 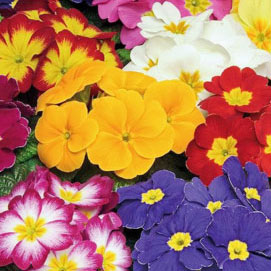